To be clear I am a big Mike Meyers fan. When he was on Saturday Night Live there wasn’t much he couldn’t make funny and a pop culture reference. “Wayne’s World” showed that you can at times take something funny in a sketch comedy and make it a major movie hit. Not everything he did was built off of SNL skits. He had a cult favorite “So I Married An Axe Murderer” and also became the voice of “Shrek”. When Meyers decided to make “Austin Powers” in the late 90s I thought that it would be funny and I would love it, but fail at the box office because Mike’s style of humor is sometimes smarter than people understand. I was extremely happy when that was not the case and it went on to spawn two sequels and become a pop culture phenomenon with a 4th installment in development. When I saw he had “The Pentaverate” coming to Netflix as an episodic show I thought this might be another genius move, but on the safe side having as a streaming show only. I knew that Meyers would be playing multiple characters, as he has done before in movies, and thought it might be another opportunity to stretch his skills.

The premise is pretty simple and starts off letting you know with the opening sequence what is going on. There is a benevolent group of men who have helped shape history for millenniums, but difference is that they are nice and not doing it for power or evil needs. This is somewhat of a joke about conspiracy theories, but also a knock at Canada and how nice everyone is there. Jeremy Irons gives the opening description on every episode to keep you up to speed. The Pentaverate as a group is good and trying to do what’s best to save the world and stop the conspiracy theorists from making everyone “stupid”. They bring in people by faking their own deaths and use their skills in money or science to help make the world better, therefore those people can’t really abuse their position. Meyers plays a majority of the characters in the film both good and bad with a smattering of cameos by other actors. The main protagonist he plays is Ken Scarbourgh who is a man-on-the-scene newscaster who is being fired from his job and uses his knowledge of The Pentaverate to try to get the biggest scoop of his career to save his job. His partner is a young news reporter named Riley, played by Lydia West who wants to help him expose the secret society as well and save his job. Along the way they meet a cavalcade of characters – mostly played by Meyers that comically explain what and where they can find the secret world changing group. Needless to say there are moments of humor and good fashioned ribbing at the expense of conspiracy theorists. Mixed in are jokes about Canada – where Meyers hails from that most Americans will understand as standard stereotypes of the country that I felt even Canadians will laugh at. They brought in Jennifer Saunders in a heavily prosthetic role, and Debi Mazar as the resident secretary with all the information. Will The Pentaverate be exposed and Ken get his job back?

Unfortunately you have to watch all the episodes to get that answer and that is the hard part. Meyers does have a unique sense of humor that can border on crude and can be filled with sexual innuendo that if tempered can be very funny. With “The Pentaverate” he crosses the line on humor with bodily functions and seems to dive headfirst into toilet humor. There is way too much of it in this show. Whenever they had a chance to really take someone to task they kind of muddled it with unneeded humor or breaking the 4th wall with a major wink. And there are a bevy of unnecessary jokes that nudge you so hard you can feel an elbow in your ribs. Making easy jokes based on people’s accents and backgrounds came off as tired and not with any substance after awhile. I knew Meyers was playing multiple characters in the show, but not 85% of them to the point that it felt more like a show to show off characters that no one knows or cares about. There is the distinct message behind all of this of, “don’t believe everything you read on the Internet” and that conspiracy theorists are just that and there are too many with too much pull on the minds they attract. It would have been a better show had they concentrated more on that aspect as opposed to just making fun of those individuals with low hanging fruit. I wish I could say that one actor shined over the others (maybe Rob Lowe???) or that one of Meyer’s many, many characters was a golden goose that you want to see a spinoff of, but there is none. My suggestion is to just simply realize that there are too many conspiracy theorists out there, and save the 3 hours and watch something funnier, or informative. At least if you take the time to watch it you didn’t have to leave home.

USFL PLAYER IS IN NEED OF A DENTIST

GIANT BURGER MADE IN MEXICO 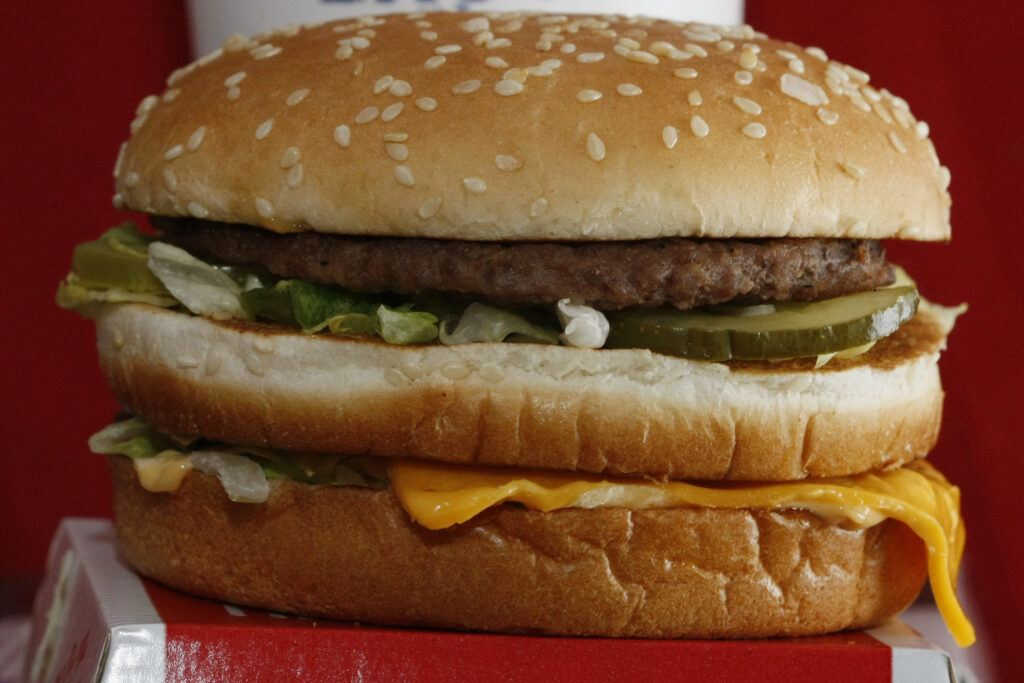